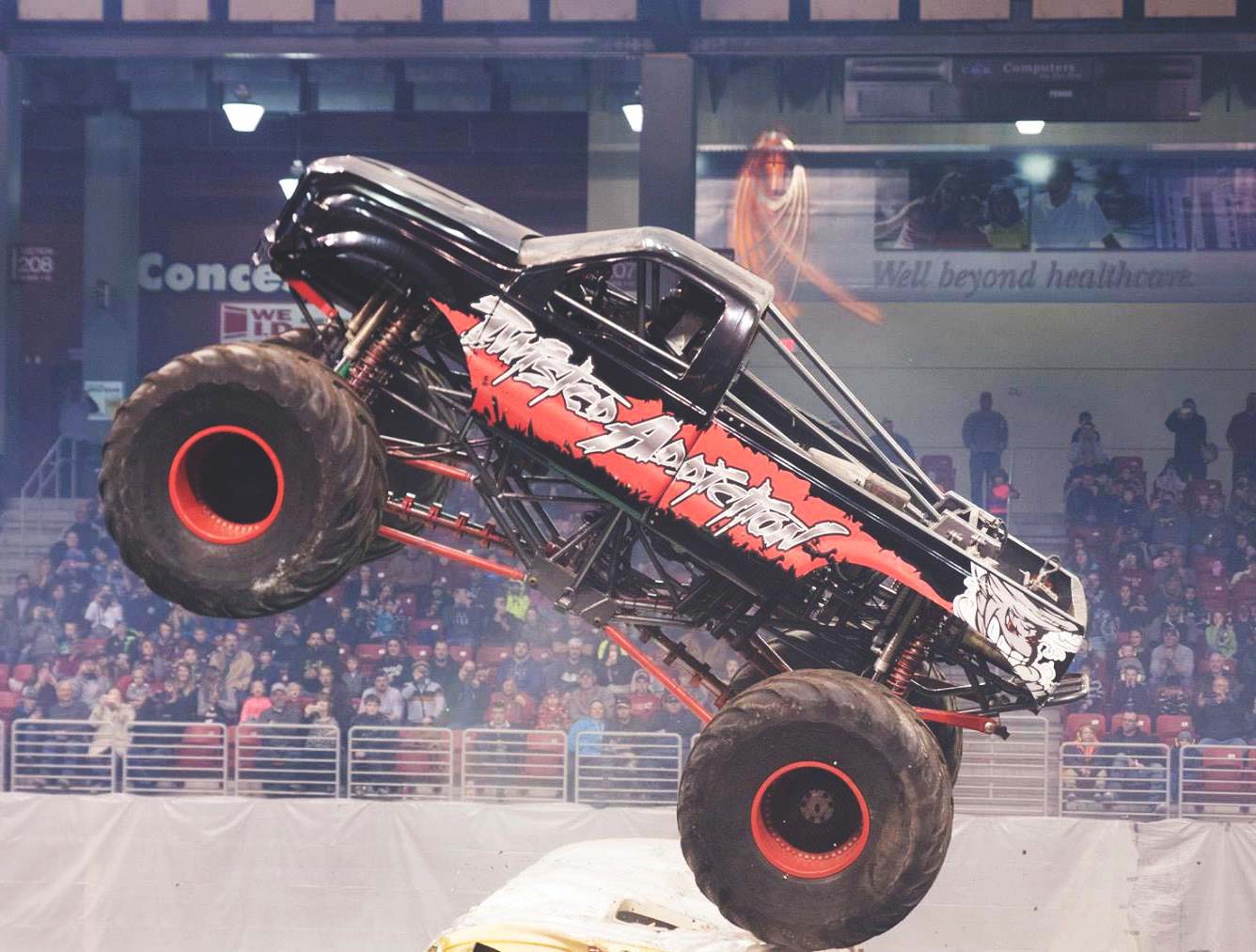 BIG ED made it!

This past Saturday night June 21st was the first time Big Ed Beckley had attempted a motorcycle jump since his terrible crash March 7th.   Ed suffered many injuries and a month of hospital time.  He has been working out in the gym and having Travis Smith do allot of work on the BTR HARLEY SPORTSTER jump bike getting ready for the jump he just made at the Abilene Speedway.

Getting the Harley ready was Travis Smith, a former factory mechanic, who did some big changes on the Sportster.   Travis explained, ” We have re valved the suspension and moved the rear shock reservoir and the battery box as they were both hitting the rear tire when the suspension compressed which is not good. ”  Travis came to help Ed in Abilene and that took a huge load off Ed and the crew.  This guy knows his stuff and that Harley was sounding great.

Ed was successful on Saturday clearing 10 trucks with the race fans on the edge of their seats and watched his jump!

Check out this video  by Adam Williams who is on our crew.